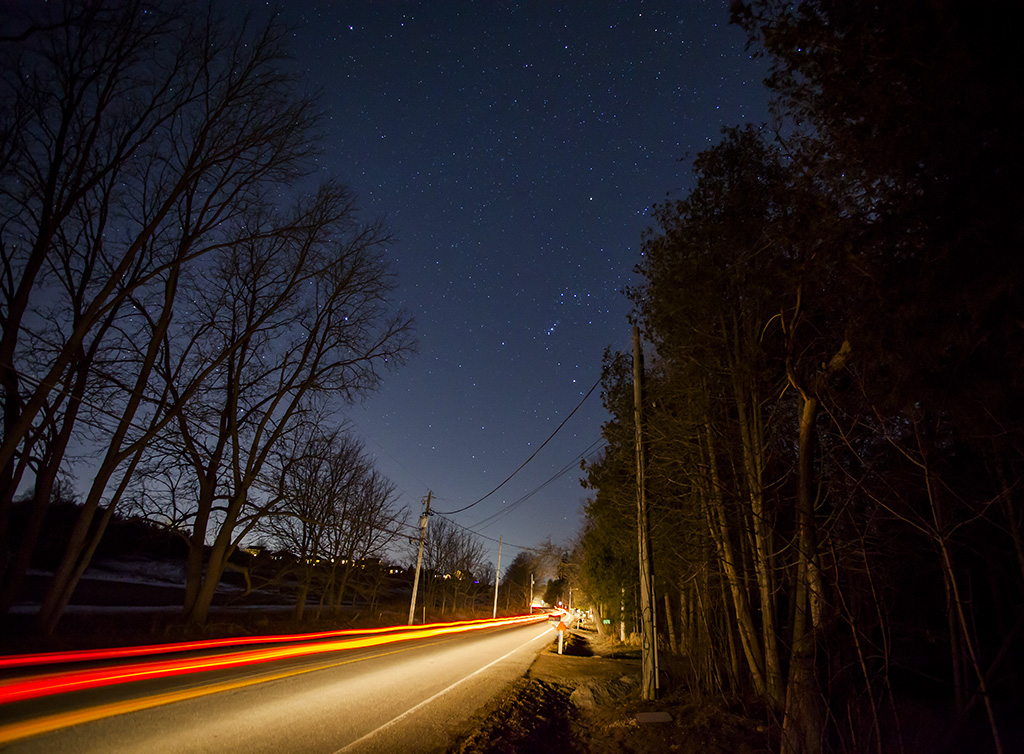 There was a solar storm, and some people thought that the northern lights might be visible as far south as Southern Ontario, so after the kids were in bed I went outside to take a look. Unfortunately, there was no visible aurora in the sky.

What was amazing, however, was that as soon as I stepped outside, the International Space Station flew right overhead! Of course, since I wasn't expecting to see the ISS, I didn't have my camera ready, and didn't have the right lens for photographing it. So, I just watched it silently fly over. It is always sort of magical when that happens.

Since there was no aurora, and since I missed taking a photo or video of the ISS, I wandered out to the road to see if there was anything interesting I could take a photo of. I looked down the street and saw Orion just about to set. I set up my camera for an 8 second exposure, and timed the shot to coincide with a car passing by. I think the resulting picture turned out rather well!