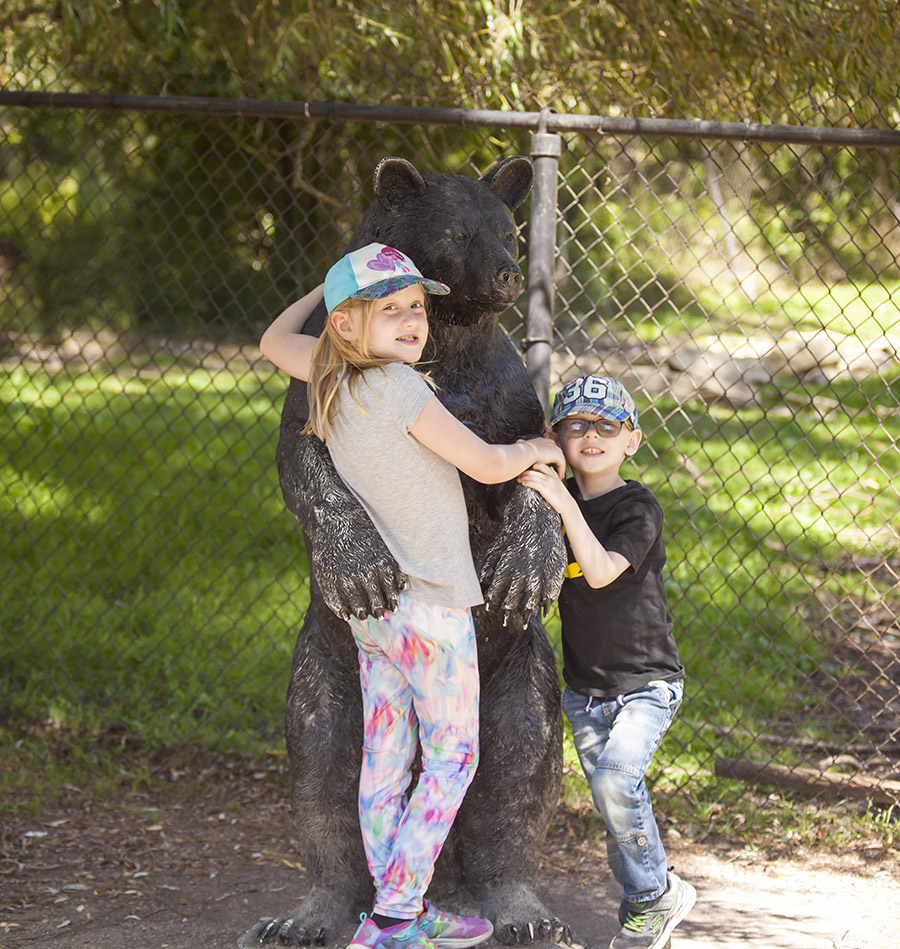 I had a little bit of time off with Aila and Kai at the end of August, and Kai has been interested in bears ever since Aunt Susan mentioned that there are bears around Blue Skies, so I took them to the Twin Valley Zoo near Brantford. It was an interesting little zoo, and they had a few black bears, so Kai was able to see some real bears up close.