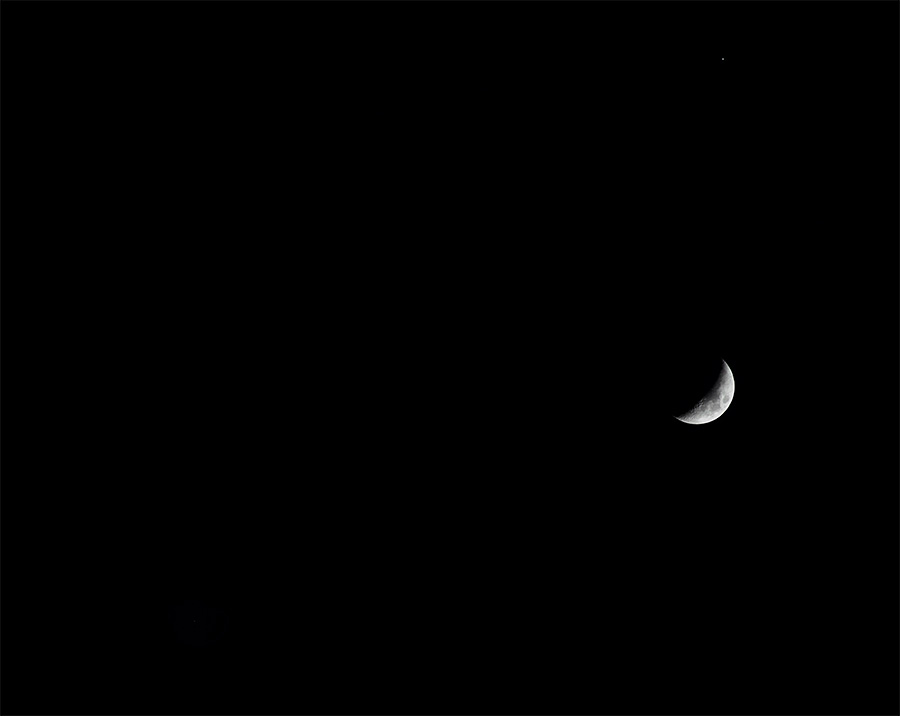 This weekend Luch and Melissa came over for a "Games Night". Luch bought a new game called Alhambra, in a "big box" set that included all the expansions. While Angela was putting Aila to bed, I took Luch and Melissa up to the Elora water tower to look for comet PANSTAARS.

We spent a fair bit of time outside in the cold watching the sunset and scanning the horizon with binoculars, but we couldn't find it. We think it might have been behind some clouds that were near the horizon. While we were out there, Melissa noticed this conjunction of the Moon, Mars, and Jupiter in the sky.

If you are having trouble finding Mars in the photo, place your mouse cursor over the image for a magnified view. With the naked eye, Jupiter and Mars were the quite bright, and Mars was noticeably red. When I took this photo I set the exposure to capture details on the Moon, which meant that Mars almost got left out of the picture.